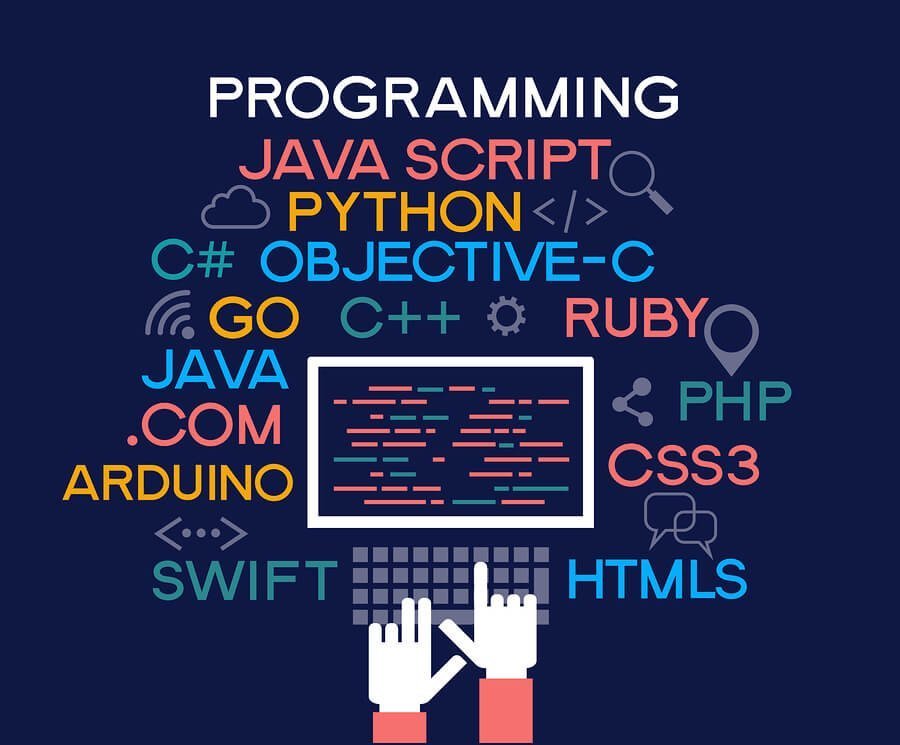 The latest programming language from Apple is Swift. Objective C is getting replaced by Swift. Swift is designed to eliminate many security vulnerabilities with Objective C.

In recent years, Python has become a language employed by substantial users including enterprises and best business organizations. They were widely popular due to their ability to give better results, agility and user experience to the customers. GitHub along with many other portals have positioned Python in top 10 languages for mobile application development. What makes Python easy to understand is its unmistakable, natural and basic syntax that looks like English. Such features make Python the best choice for amateurs.

It is a server-side scripting language, designed by Zend Technologies in 1995. It is used for general-purpose development today but originally, was developed for websites.

After learning PHP you will be able to create dynamic websites, web applications, and all types of mobile apps.

Regarding mobile apps, C++ has been doing unusually well since it helps to develop cross-platform mobile apps easily with its consolidating debugging experience and powerful environment. It can be used to design and build amazing apps for Android, Windows, and iOS.

It is a high-level expound programming language. JavaScript is a multi-patterned language supporting object-oriented and functional programming.

Creating mobile apps with JavaScript is possible but on one condition, it has to be used with CSS, HTML, and AJAX.

One has to code the app once and it can be released on all platforms such as Android, iOS, and Windows. Thus, making the creation of a mobile app no big deal for JavaScript.

From server applications, games, mobile apps to web services, you can pretty much create everything in C#.  The expectations of the experts and the developers in C# has been completely changed by the “Xamarin” platform. Xamarin is an app-building tool that makes it uncomplicated for C# users to create apps for Android and iOS users.

Like HTML help in webpage development, HTML5 can be used for web-based mobile application development. The latest update of HTML5 (Hypertext Markup Language of WWW consortium) has made a great deal of buzz as it highlights exceptional features like quick market deployment, multimedia support and multi-platform functionality for different gadgets and programs. Both Android and iOS developers can develop apps utilizing HTML5 since it provides incredible flexibility.

Like PHP, Ruby is another programming language designer’s use for web development and it shapes the basis of Ruby on Rails structure. With regards to online mobile application development, Ruby ends up being the friendliest programming language particularly for learners and has solid and liberal community support to help you when you face any issues.

Ruby has clean syntax and is believed to be a savvy and reasonable language since it is widely employed. Ruby on Rails is utilized by Twitter, Bloomberg, Airbnb, and Shopify to have their online presence.

It is a concise, compact, and understandable language, completely compatible with Java. It’s simple syntax and main focus on mobile development has attracted many developers.