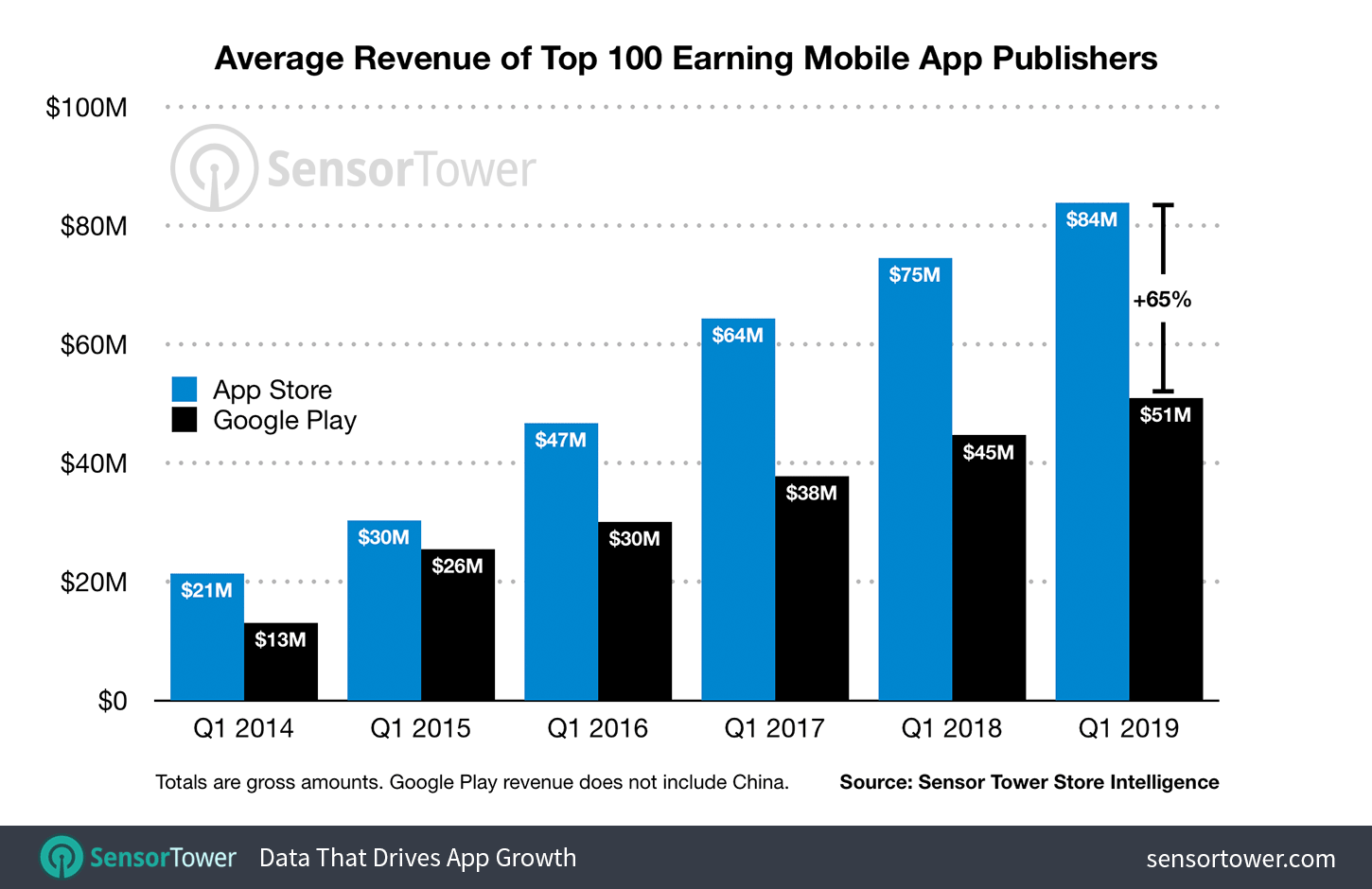 This is a story from the Sensor Tower blog that talks about the relative earnings of top publishers on Apple App Store vis-a-vis the Google Play Store.

The average consumer spend per top 100 publisher globally last quarter across both stores was 12.1 percent greater than in Q1 2018, when an estimated $116 million was spent. Last quarter’s $130.4 million average was 285 percent more than the average of $33.9 million spent by consumers across these publishers in Q1 2014. The App Store’s average has grown 291 percent since then, while Google Play’s has increased 289 percent.